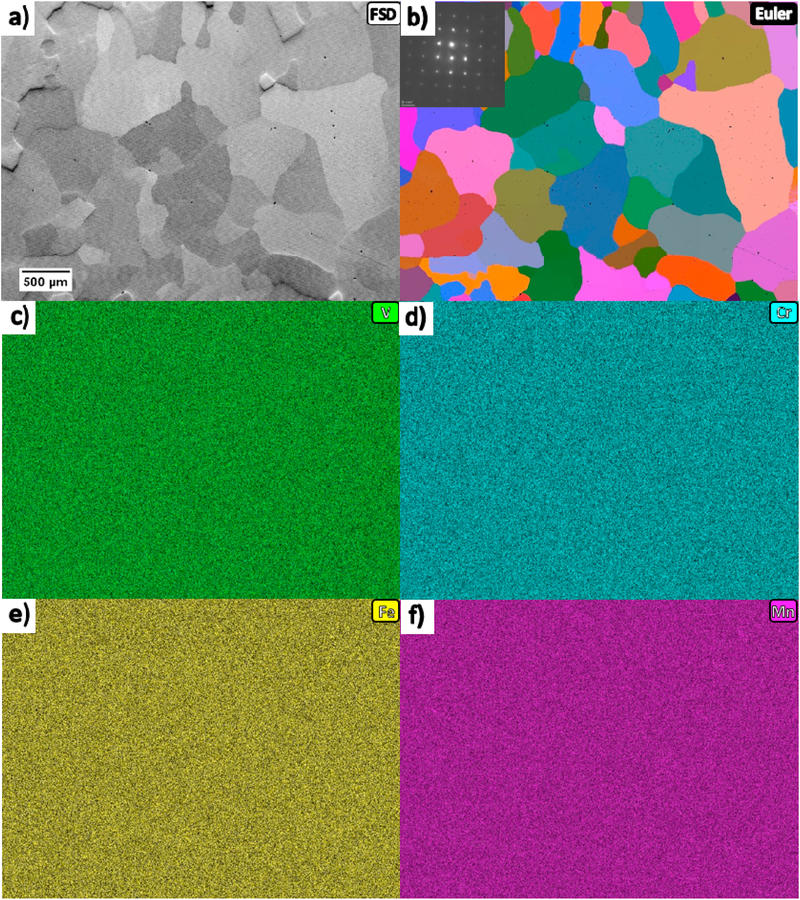 Oxford Materials collaborated with the universities of Manchester, Sheffield and the Gandhi Centre for Atomic Research to consider the scope of high-entropy alloys (HEA) inside the extremely demanding next-generation nucear reactors, and to investigate whether CALPHAD databases can accurately predict the phases formed in face-centred cubic HEAs.

This paper, published in Journal of Alloys and Compounds, assessed two low-activation HEAs; TiVCrMnFe and Si0.1TiVCR0.5Fe, and compared them to CALPHAD predictions, using four databases.

The microstructures of both alloys comprised a C14 Laves phase and a B2 phase following casting, and a C14 Laves phase and a BCC solid solution (A2) phase following holding at 1200oC, with high proportions of both constituent phases found in each case.  It was found experimentally that the Laves phases in both alloys were quaternary intermetallics of Fe, V, Cr and Ti, with Fe, V and Cr likely disordered across the Fe site.

It was observed that the accuracy of the predictions varied markedly between the databases; the Laves phase was underpredicted by the databases (they did not account for the quinary nature of phase).  Removing Ti from TiVCrMnFe resulted in an equiatomic VCrMnFe alloy that formed a single BCC phase at 1200oC.